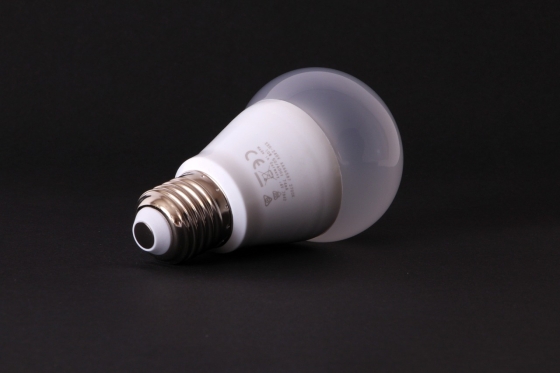 The LED light bulb is known as an unsung hero in the world of lighting solutions. They feature in everything from digital locks, remote controls, watches and microwaves, and when grouped together they can create vast television screens and traffic lights. More recently they have been used in traditional light bulbs as a more energy-efficient way of lighting homes and businesses. Their eco-friendly credentials mean that they reduce power consumption whilst providing a brighter and more consistent light than their incandescent counterparts. This guide outlines exactly how the LED light bulb operates and why this is so effective for so many purposes throughout the home.

Light-emitting diodes (LEDs) are essentially very small light bulbs which fit easily into electrical circuits. They function entirely as a result of the movement of electrons in a semi-conductor material, which means they can easily surpass the life span of an incandescent bulb, which will work until the filament burns out. A diode is the simplest form of semi-conductor. It is a material which has varying ability to conduct electrical current. Semi-conductors which have abundant electrons are called N-type material; in this sort of conductor, free electrons move from a negatively charged are to one with a positive charge. P-type semi-conductors have extra holes in their make-up, and the extra positively charged particles it possesses can jump from one hole to another, effectively moving from a positively charged area to a negatively charged one. Diodes are a mix between N-type and P-type materials.

The interaction that is caused as a result of the electrons jumping between holes from negative to positive charges (and vice versa) creates light, and a viable lighting solution for homes and businesses. The process also emits significantly less heat than incandescent bulbs, which gives off light as a result of heating the filament to a high temperature.

LED light bulbs can be altered to vary the colour of the light. By changing the distance which the electrons have to leap, the colour of the light is altered. This is more useful in the red or green lights on alarm clocks, but with visible LEDs growing in popularity, there are steps being made to create the diodes that are infrared, ultraviolet and all of the colours of the spectrum in between.

The biggest problem currently faced by manufacturers creating LEDs for public use is the upfront costs. Currently, energy-efficient LEDs can cost around three times as much as a traditional incandescent bulb, but the life span and electricity savings that are facilitated by the energy-efficient lighting source mean that money is eventually saved in the long run. If customers are replacing bulbs for many fixtures at the same time, the initial outlay can be costly, but with LED production increasing and improving all the time, affordability will be one of the key areas they target in the future.

To find out more and order online, visit https://www.bltdirect.com